What we call End-User Projects are typically web applications. This means that only a single version is ever in production at a time, and each of these goes through customer UAT before being deployed into production. Therefore, we needed the ability to promote the code through various quality stages. But given the complexity of some of the applications, we also wanted to incorporate feature branching. This was accomplished using the following model (click on the image for a larger view):

This pattern consists of 5 primary branches:

In addition to the above five branches, there are individual feature branches off the Development branch. There is also an individual read-only branch for each release, which are branched off the Production branch.

In order to create this pattern in TFS, we first create the folder structure. The structure is similar to what was in Part II, with the addition of a Features folder. It should look like this when completed: 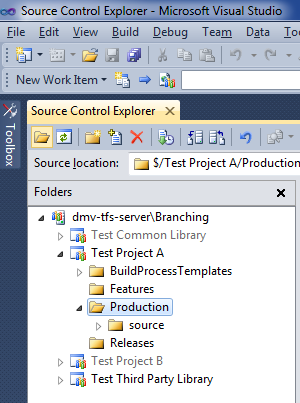 Once the basic folder structure is created, it's time to create the branches.
When you're done, it should look like this: 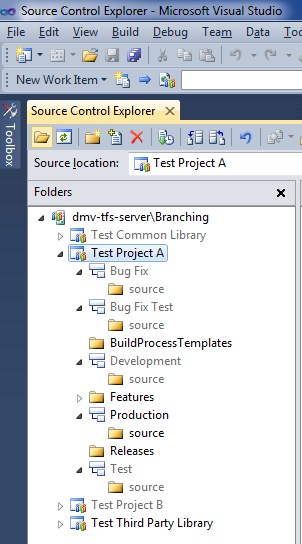 The branch hierarchy should look as follows (you can view this by right-clicking on the Production branch, going to "Branching and Merging" and choosing "View Hierarchy"): 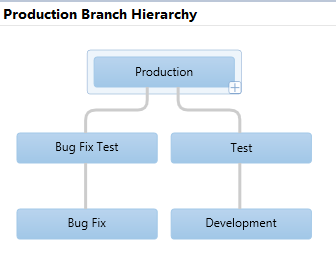 Finally, check in your project code into the "source" folder of the Development branch. This can simply be an empty project at this point.

Now that the basic branch structure is all set up, I'll go through a typical development process including feature development, testing, deployment, and bug fixes. Let's start with the development cycle, which is entirely contained to the Development branch and its child Feature branches: 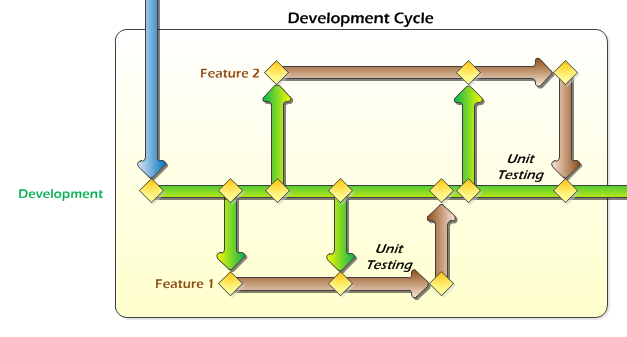 To create these branches:
It should look as follows:

Initially, this pattern will keep feature development independent. I say "initially" because it won't stay that way for the entire life of the project. This isn't necessarily a big deal, but it is important to be aware of it. While each feature is being developed, neither is "aware" of the other. After Feature 1 is merged into the Development branch, upon completion, then it becomes part of the mainline code. As soon Development is merged into the Feature 2 branch just prior to unit testing Feature 2, the Feature 2 branch will contain Feature 1. After this point there is no easy way to go back to a purely-Feature 2 branch. Normally this is okay and not a problem. If for some reason you need to revert, you can rollback the changeset from the merge operation.


Once all of the features have been completed, unit tested, and merged into the Development branch, it's time for a deployment. 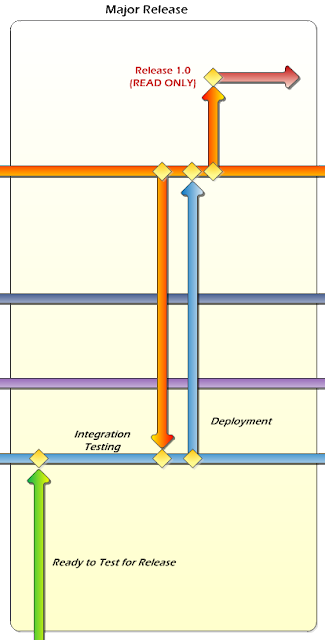 As you can see, the first step is to promote the code from Development to Test by merging the Development branch into the Test branch (and checking in the Test code afterward). After that, integration testing is performed on the code in the Test branch. Once that is done, merge code down from Production to Test, to make sure any potential conflicts are resolved. You might want to do additional testing at this point, too. After that, merge the code in the Test branch into Production (and check in). Finally, create a read-only branch from Production for the release. The process for doing this is the same as in Part II.

Now let's say after Release 1.0 has been deployed, we discover a bug in production that needs to be fixed right away and can't wait until the 2.0 release. No problem! 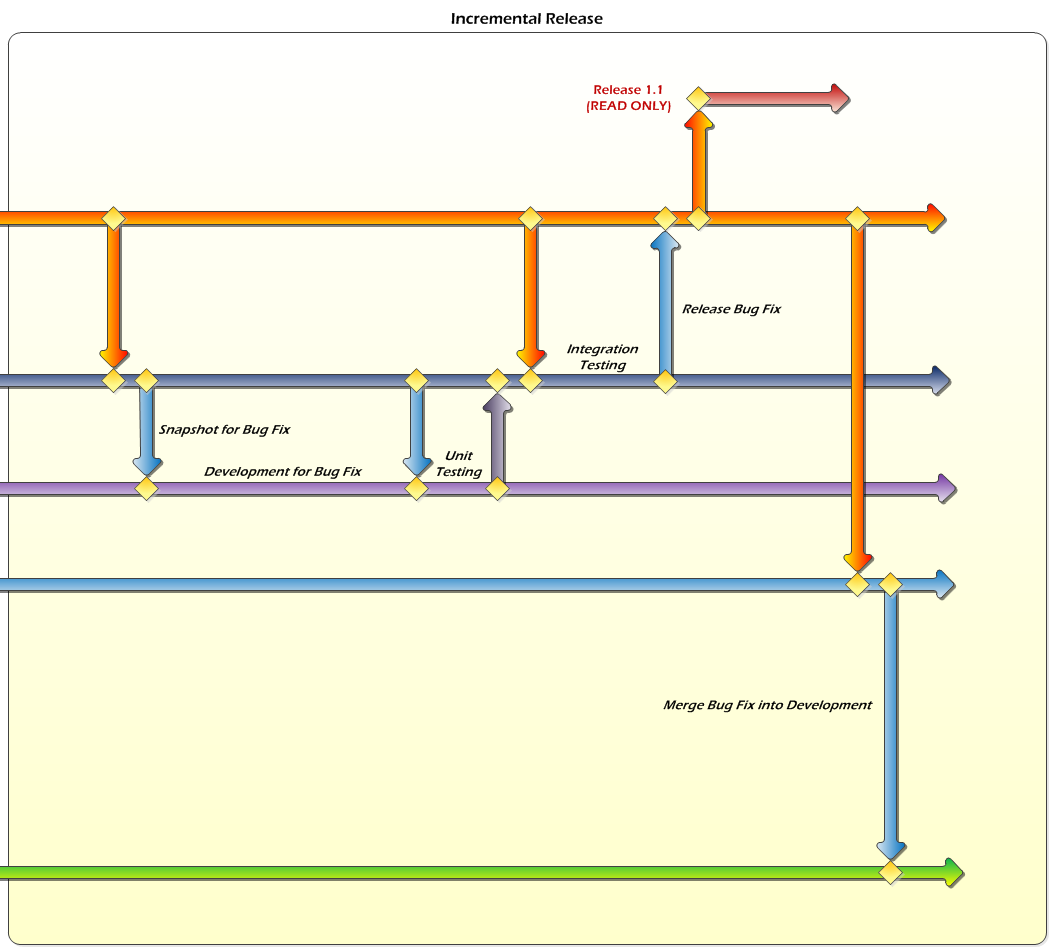 Here are the steps for creating an incremental bug fix release:

That completes an overview of all the major tasks involved with End-User projects. In the next part, I'll cover the Internal project pattern.

Here's a slideshow that covers the information in this article:

View more presentations from jvaran
at 9:11 AM